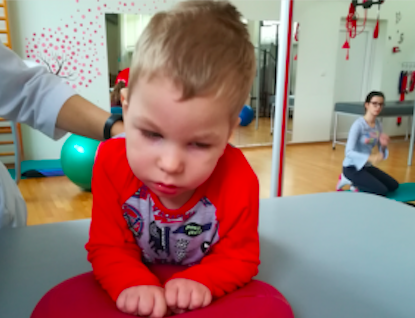 They say, God gives special children to the parents who have strength of spirit to stand up against more challenges than others. And they do: they take care of them  24 hours a day: nursing, raising, knowing that their children may never get better, however, hoping and doing their best to ease their days.

When we receive a call for help, each line of the letters is filled with parents unconditional love. Clinging to almost nothing and doing whatever it takes to help their little ones through the eyes of hope for their entire lives.

Charity Foundation : “Vilties Liepsna” is initiating a project for the purposes of a  support to Support for Rehabilitation of Severely Ill Children as well as for the necessary tools and nutrition at home

Purpose of the Project:

To raise funds for the purposes of treatment and rehabilitation programs for severely ill children in the following centers :

Duration of the Project:

Current situation and stories of the children involved:

On behalf of the children, as they can’t speak, on behalf of the parents, as their voices is silenced by the pain – PLEASE – give  what you can. Every penny counts.

“… I believe in miracles, including this one, that we’ll come to the top, that we’ll spin in circle and we’ll put our arms around our families and those who joined this journey … a journey towards the miracle…”